We’ve heard about another test and trace scam, which is also trying to con people into paying for a COVID-19 swab test.

Here’s what happened. A care home manager received a text to say that he had tested positive following a recent swab, and that he needed another test. He phoned the number in the text and was told that he’d have to pay for the test. He was asked for his bank details.

This is a scam, and it was quickly reported to the police.

For avoidance of any doubt, the NHS Test and Trace service will absolutely not:

Text messages will come from NHStracing.

One in every three people have been contacted by a scammer since the outbreak began, according to Citizen’s Advice.

They’re offering advice on how to protect yourself and others against them. 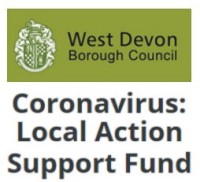